I often wonder what ever happened to my first bike. The bike that was my companion during those first years when my family had lost everything and I sold wares at the market every morning. That bike reminds me that success can be achieved through hard work, frugality, integrity, responsiveness to change, and most of all, boldness to dream.

The man and his legacy​

From offering the first branded snack foods, presenting a wide array of value for money lifestyle choices, including affordable and reliable air transportation options, John L. Gokongwei Jr. had devoted much of his entrepreneurial career into making the lives of countless Filipinos better when he founded JG Summit Holdings Inc. and propelled its success to become one of the country’s biggest and highly diversified business conglomerates in the country today.

Gifted with an entrepreneurial savvy at the tender age of 13 when he started selling garlic-cooked peanuts, the self-made industrialist went on to build a diversified, multi-billion-peso business empire

A pioneering entrepreneur, industrialist, and philanthropist, Mr. John, as he is fondly called, was the quintessential business tycoon. His life and times has been hailed as one of the most iconic stories of business successes – a story of an entrepreneur’s immense contribution to the nation through hard work, creativity, and passion. His penultimate rise to success has served as a role model for the many aspiring entrepreneurs in the country.

Gifted with an entrepreneurial savvy at the tender age of 13 when he started selling garlic-cooked peanuts, the self-made industrialist went on to build a diversified, multi-billion-peso business empire consisting of companies that quickly became major players in their respective industries.

Mr. John, built JG Summit, from a modest trading business into one of the Philippines’ biggest companies with a year-end 2019 market capitalization of US$11.4 billion with significant interests in air transportation, telecommunications, banking, food, power, property and hospitality, and petrochemicals.

He has been called by many business leaders as an “industrialist challenger” and a “disruptor” primarily because of his being unafraid to venture into highly competitive industries, dipping his hands into untested waters and nurturing them no matter how long it takes to achieve profitability. Mr. John has been hailed for challenging the incumbent by setting up businesses against market Goliaths in capital-intensive industries such as airline, telecoms, power and petrochemicals.

In 1954 he founded Universal Robina Corporation (URC), which started out from cornstarch manufacturing, and later on introduced the first locally-manufactured instant coffee brand Blend 45. He then ventured into poultry and later to meat products and animal feeds from his own Robina Farms, even as URC led the savory snack market with its pioneering Jack ‘N Jill brand products that are continuously being patronized and loved by generations upon generation of Filipinos today.

Mr. John has been hailed for challenging the incumbent by setting up businesses against market Goliaths in capital-intensive industries 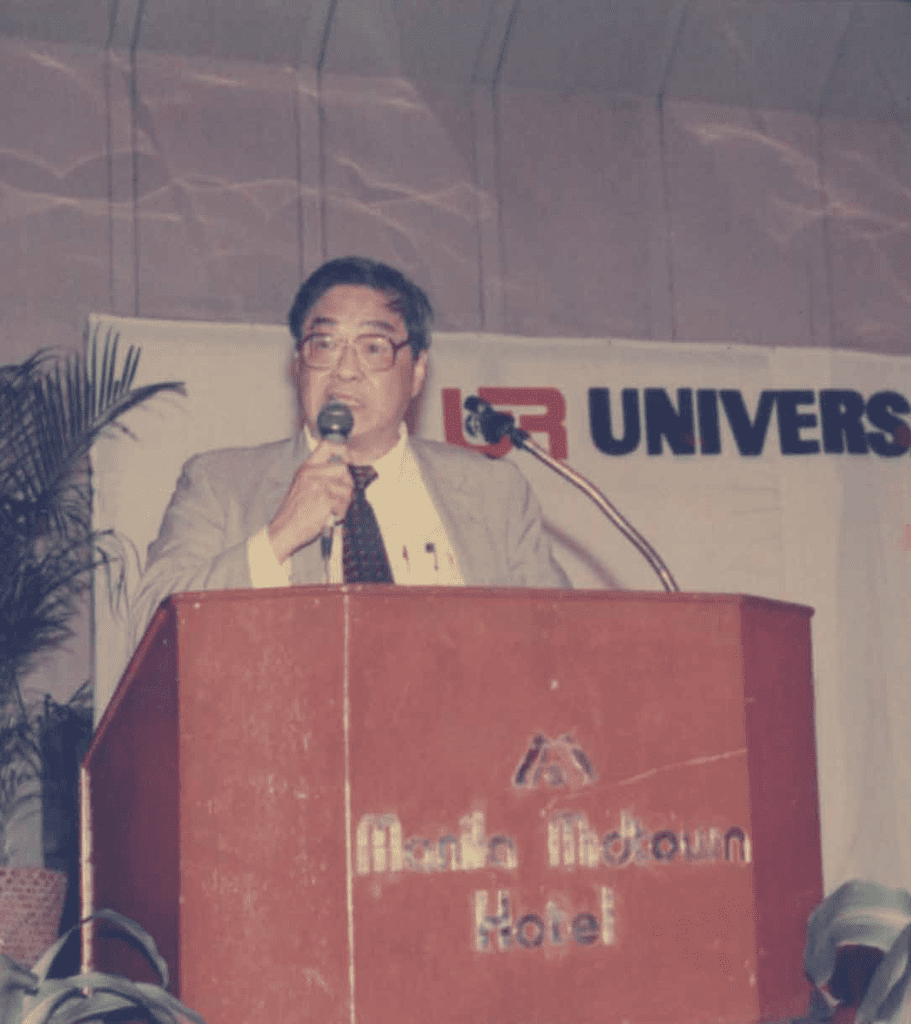 During the turbulent economic times of the early 1980s, he forayed into his first mall development, putting up Robinsons Ermita in Manila which thereafter spawned into a chain of malls, supermarkets and department stores nationwide, further expanding his businesses’ consumer appeal to include lifestyle, entertainment and dining options. He also created the first modern mixed-use complex in the Philippines, the Robinsons Galleria located at the historic crossroads of EDSA and Ortigas. Built on a land considered sacred for having witnessed a crucial turning point in the nation’s history where people from all walks of life gathered into what has become the first People Power Revolution, Mr. John donated that corner spot to the Catholic Church where The Shrine of Our Lady of EDSA now stands.

In the early 1990s he entered the airline business, a field dominated then by Philippine Airlines. Mr. John launched Cebu Air, Inc. (CEB) which pioneered the budget airline model in the country by focusing on operational efficiencies and breakthrough marketing. This helped change the game and revolutionized the way people travel with his budget friendly air fares and incredibly affordable promo fares to numerous domestic and international destinations, making travelling on a plane available almost literally to everyJuan. Today, CEB is the biggest player in the local airline industry and has been the catalyst of the nation’s aviation industry’s growth.

Mr. John continued on, this time to help people manage their finances, expand their businesses and achieve their dreams of having their own homes

Likewise, his investment in JG Summit Petrochemicals Group shows his clear commitment to growing the Philippines as an industrial power. To date, JG Summit Petrochemical Corporation is the first and largest integrated polyethylene (PE) and polypropylene (PP) resin manufacturer in the Philippines while JG Summit Olefins Corporation operates the country’s first and only naphtha cracker plant, both located in Batangas.

Meanwhile, as the Robinsons brand was further expanded to now include Robinsons Land and Robinsons Bank, Mr. John continued on, this time to help people manage their finances, expand their businesses and achieve their dreams of having their own homes, as they work hard for their families and persevere to make their lives better. 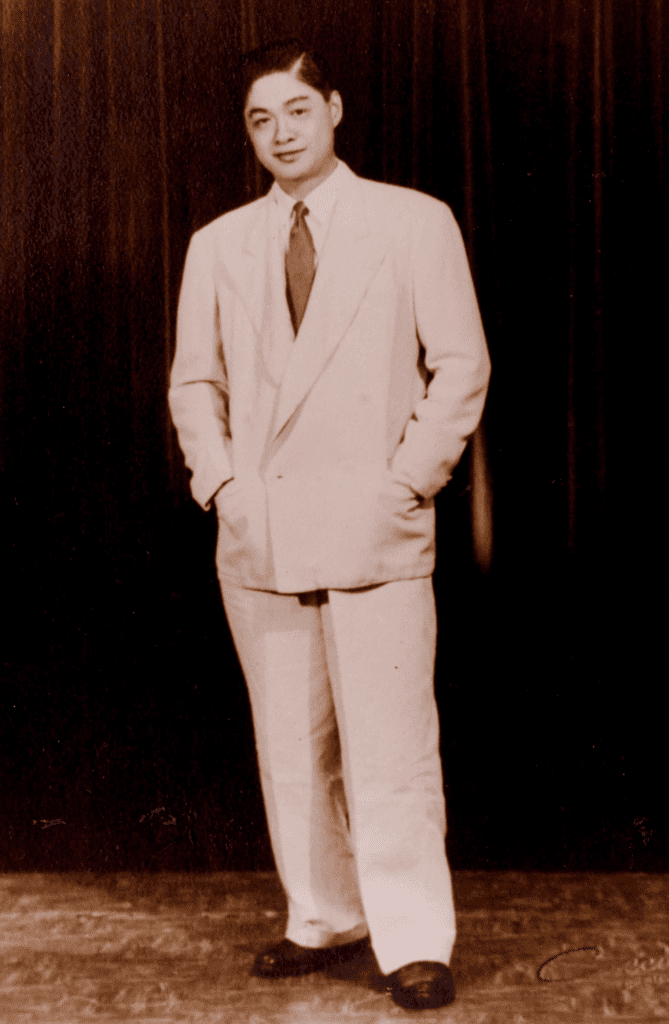 Mr. John has been hailed as a visionary for planning decades ahead, such as when he planted the seeds for overseas diversification long even before the creation of unified economic blocs such as ASEAN.

His overseas expansion of URC has enabled JG Summit Holdings to become one of the few Filipino conglomerates that was able to plant the Philippine flag in the region making it the first Philippine Multinational Corporation (MNC). Today, URC is recognized as one of the largest food manufacturers in Asia with market leadership in certain categories like biscuits in Thailand and beverages in Vietnam. It has presence in thirteen countries in the ASEAN and Oceania regions, generating close to US$2.6 billion in annual sales in 2019.

Now employing close to some 75,000 people in the country and all across the region, made the Gokongwei Group (composed of JG Summit Holdings, Robinsons Retail Holdings and Summit Media Group) as one of the biggest, if not the biggest employers, in the Philippines today.

Amongst Filipino business tycoons, Mr. John also blazed a trail in local philanthropy when during his 80th birthday, he announced the donation of half of all his personal holdings to establish the Gokongwei Brothers Foundation (GBF), the philanthropic arm of the Group which is focused on providing Science, Technology, Engineering, and Mathematics (STEM) education and scholarships for the underprivileged.

Mr. John considered education as an investment for one’s future and he has put a premium on it. Even though he had to work at an early age to support his family, school was still a big thing for the former elementary and high school valedictorian of University of San Carlos in Cebu City. He firmly believed that education is the best way to lift the country, and that a quality education that one could get is what will enable one to compete in this world.

Today, GBF supports close to 400 scholars a year, most notably in the technical-vocational field. It has put up a Php100-million Technical Training Center in Calamba, Laguna to serve as the new home of its flagship Iskolar ni Juan Tech-Voc program.

Furthermore, the foundation was among the first to establish large-scale educational philanthropy in the Philippines through the Ateneo’s John Gokongwei School of Management, as well as De La Salle’s John Gokongwei School of Engineering and the John Gokongwei Innovation Center, among others. Xavier School, in recognition of his invaluable contribution to the institution, has named its Junior High School Building as the Gokongwei Junior High School Building in his honor. Immaculate Conception Academy likewise has named one of its buildings at its Greenhills, San Juan campus as the Dona Juanita ML Gokongwei Building, in honor of his late beloved mother.

For his leadership in making the Gokongwei Group of companies a force for nation building, the Management Association of the Philippines (MAP) in 2017 bestowed on Mr. John the prestigious MAP’s Man of the Year award in recognition of his business acumen and management qualities, steering the Gokongwei Group into remarkable growth through his foresight and exceptional ability to launch new ventures and transform existing ones to better adapt to challenging times and an unpredictable future.

MAP’s Man of the Year award is a prestigious award that the premier organization confers on individuals in the business community or government for attaining unquestioned distinction in the practice of management and for contributing to the country’s progress.

In that same year he was also conferred with the Legacy Award from the ASEAN Business Advisory Council (BAC) for his key role in the growth of micro, small, and medium enterprises in the Philippines and Southeast Asia.

As the journey of his long and fulfilled life found meaning in providing the thousands of Filipinos who have been helped provide for their families through gainful employment in the conglomerate, Mr. John has certainly made life better for every Filipino. 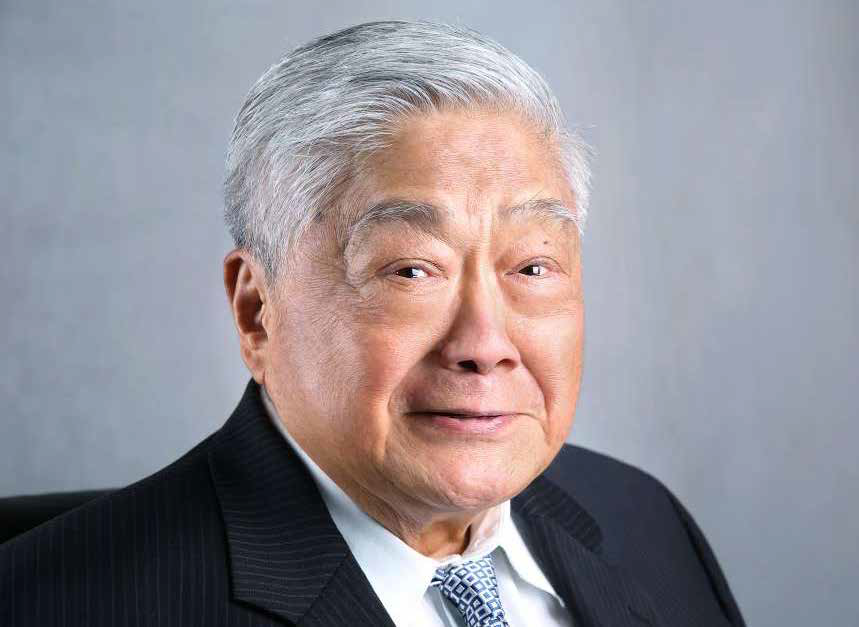 The award recognizes iconic entrepreneurs who have served as inspiration in advancing entrepreneurship, which is key towards achieving genuine inclusive growth and sustained prosperity in ASEAN. It is given to businessmen who have passionately committed themselves to growth and excellence while significantly contributing positive impact to the ASEAN Community.

Just as the journey of his long and fulfilled life found meaning in providing the thousands of Filipinos who have been helped provide for their families through gainful employment in the conglomerate, Mr. John has certainly made life better for every Filipino. We honor him for his countless achievements and are eternally grateful for everything that he has done for the company and for his numerous contributions to the nation. His exemplary life will truly serve as an inspiration to several entrepreneurs and businessmen for his pioneering ideas, his strong work ethic, his passion and perseverance.

Today, the Gokongwei Group is a multi billion-dollar enterprise that is a pillar of the Philippine economy; a stable, progressive, and dynamic conglomerate that Mr. John painstakingly built for the people he loved – his family, his 75,000 strong employees, and the Filipino people – to make every Juan’s life better!

Home
At a Glance